Automatically monitor your fleet for fuel theft, wasted time at the pump, and filling too often. Eliminate wasteful fuel costs with BlueArrow Fuel.

After talking with numerous customers, both large and small, BlueArrow Telematics discovered that a major challenge that every fleet faces is managing the company’s fuel usage and gas cards. With fuel being the second-highest expense for a fleet, just behind labor costs, managers spend countless hours going through gas card reports and GPS reports trying to figure if fuel theft is occurring. In the United States alone fuel theft accounts from 6% to 10% of a company’s fuel cost according to many surveys, which is a significant loss for any business. Yes, fuel card providers offer integration with some GPS providers but customers we spoke to say the data is not accurate, and is difficult to analyze, thus not helpful. This is where BlueArrow Fuel has developed what could be the most user-friendly, accurate and efficient fuel card integration in the industry!

How does it work? BlueArrow Fuel integrates data from the GPS provider and the fuel card provider just as other fuel card integrations do. The key difference is BlueArrow’s focus on data accuracy. False positives are very common with other solutions which defeats the purpose of the integration. BlueArrow created custom algorithms that automatically weed out false positives caused by incorrect timestamps and fuel level readings. We also have a system in place that allows you to correct the GPS coordinates of a gas station if the given address results in an incorrect location. This correction will update all past and future transactions associated with this incorrect address so future transactions do not get flagged incorrectly.

Managers will automatically receive email alerts regarding possible fuel theft and misuse of company fuel cards! By comparing data from the fuel card providers and from GPS providers, the application will determine if the vehicle was at the gas station at the time of the transaction and we ensure all of the fuel purchased was actually put into the vehicle. Anytime we determine a transaction is fraudulent, we’ll display it on an easy-to-use dashboard and send out an email alert. Several other alerts and reports are available depending on the manager’s preferences. Summary reports can be scheduled to be sent out to different managers easily using our scheduled reporting feature.

Currently, BlueArrow works with Comdata and WEX but can be easily integrated with any other fuel card provider. We have resellers throughout the world bringing local gas card providers to us and integration with many are on the horizon. Our resellers that white-label the app will receive customized color schemes, company logos, its own subdomain, and emailed reports that come from your company’s email address.

“What reseller would want its customers to see WEX, COMDATA or some other major competitor emailing fuel information daily along with solicitations for GPS services? This application can be a game changer for resellers!” 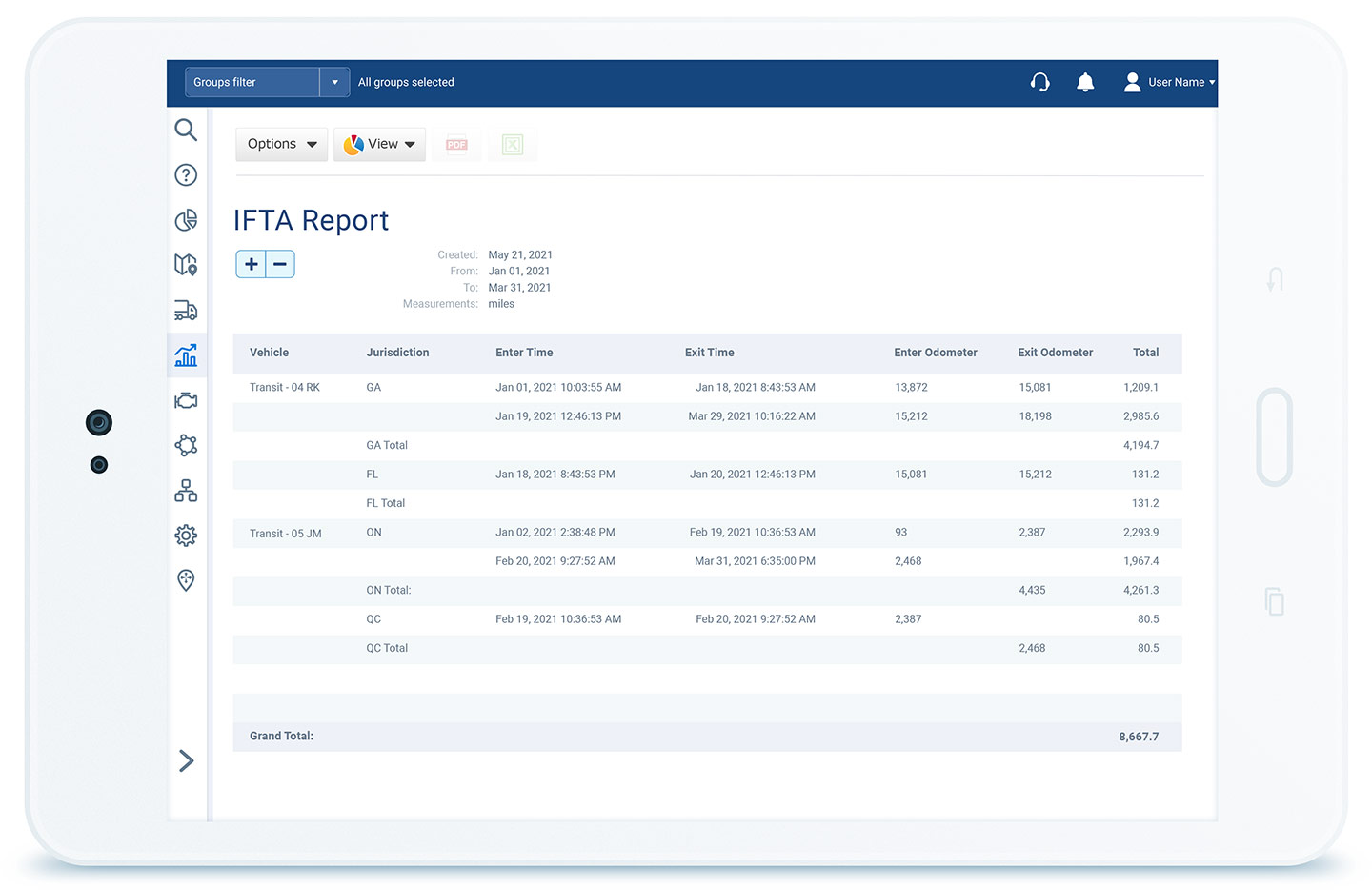 BlueArrow Fuel automatically uploads all fuel transactions to Geotab which enhances the default IFTA report by adding fuel used and fuel purchased data per state. We also integrate with IFTA Plus (a Geotab Marketplace Partner) allowing you to automatically generate IFTA reports using the GPS data from Geotab and the fuel data imported through BlueArrow Fuel. One thing that really sets this integration apart is the ability to reassign fuel transactions to the correct vehicle in the situation where a fuel card was used to fill the wrong vehicle. Combine that with IFTA Plus and you’ll be able to seamlessly generate accurate IFTA reports.

BlueArrow Fuel automatically detects time spent at the gas station and the remaining fuel percentage when filling. In a recent blog post, Geotab found excessive waste from fleet vehicles filling too often and spending too long at the gas station. This not only has the obvious added labor cost (imagine the cost of 3 or 4 employees in 1 vehicle stopped at a gas station for 15 extra minutes every time it stops for gas), but also wear and tear on the vehicle and time wasted driving off-route while driving to and from the gas station. This is a major cost for every fleet. 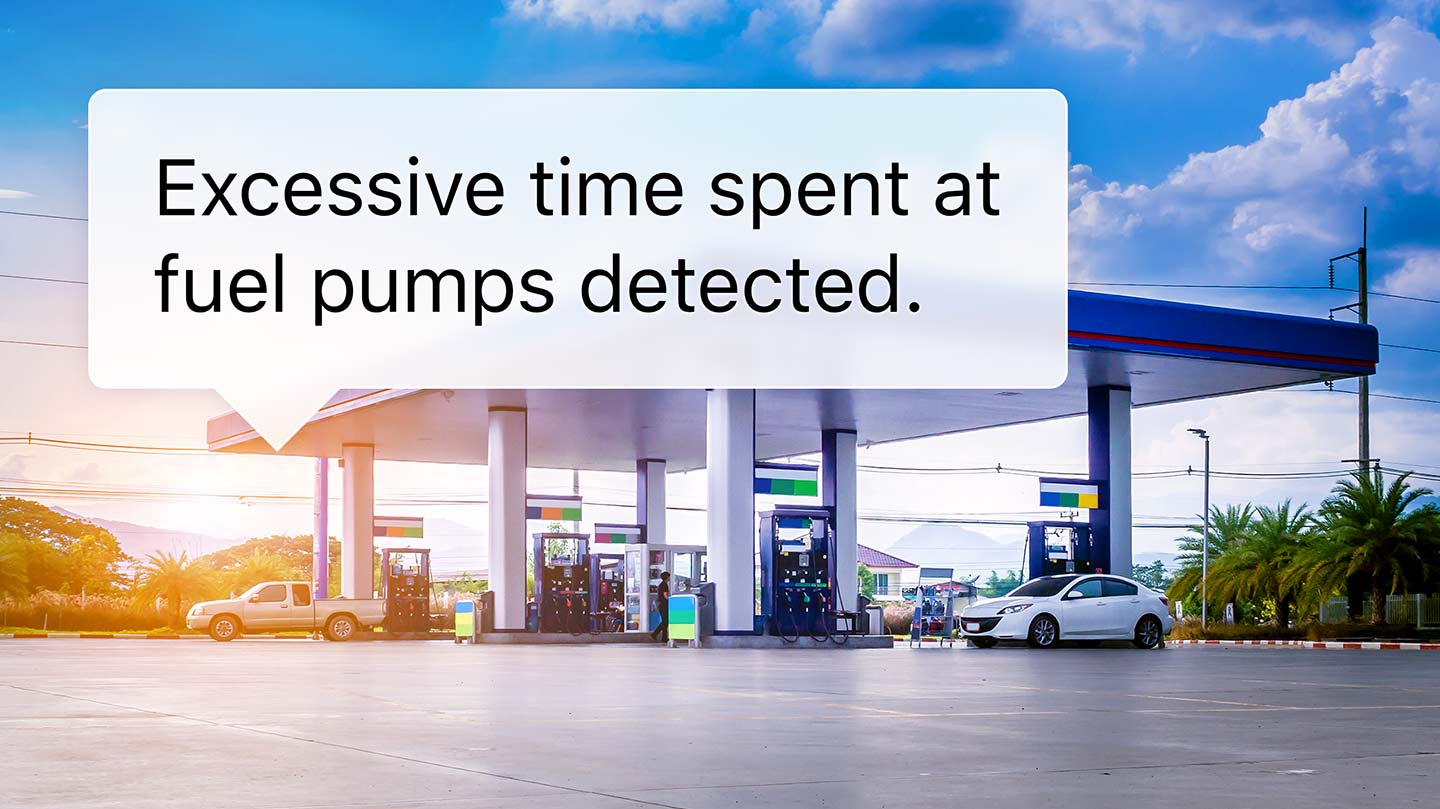 Ready to streamline your fleet management?